A number of sequels of varying degrees of quality caught my attention this year, this post is just a brief run-down of all the ones I happened to get through.

Leading off this post with the 1st four episodes of  the most anticipated nostalgia bait amongst weebs asides from the Final Fantasy VII remake. There’s not much good to say about these 1st four episodes on their own asides from the fact they set up a future conflict that may or may not suck down the road since besides that these episodes were a bit on the dull side to me. The problems start with how the pacing makes it so you get 2 episodes worth of actual content in twice the amount of time, but it doesn’t stop there, unfortunately. One of the things I was looking forward to seeing from Tri was how people and Digimon would try to co-exist. I mean, didn’t 02 ends with a bunch of kids from across in the world or something getting their own partner Digimon? The way Digimon are received in Tri is as if they’re some kind of dangerous secret that nobody but the Digi-destined understands. One of the important themes of the 1st season was the idea of bringing to worlds alien to each other together to see what would happen, but it looks like Tri is reverting the setting back to the way it was before the secret of Digimon got out. The most annoying part for me overall was probably Taichi. Him doing nothing but panic when faced with monsters that want to fuck him up is pretty hard to buy given the brash character we once knew, and by extension, it makes all the drama surrounding that anxiety feels overblown and forced. Not terrible, but I’m not feeling as much excitement going forward. A bit sad that Digimon Tri couldn’t quite ignite my inner 8-year-old right off the bat.

On to actual TV anime now with my final thoughts on the 2nd half of Stardust Crusaders, which anyone who knows me well enough should probably know by now anyway. The 2nd half of Stardust Crusaders not only managed to satisfyingly jack up the stakes, it did so without abandoning its strong sense of humor. A strength inherent in all arcs in some capacity but it really came through in full force here. Had I liked the 1st half as much, I’d probably be willing to say that Stardust eclipses the 2012 anime. It also capped off with two of the most jaw-dropping battles from the original manga. This season also showed perhaps some of the most passionate flourishes from animators I’ve ever seen for a manga adaptation ever in the form of alternate outros and intros. The word “hype” doesn’t even begin to do justice to my anticipation for what DP has in store next April.

Probably the biggest and most welcome improvement I’ve seen from any sequel this year would be from Noragami Aragoto. Even though I still like the 1st season, it didn’t really do much for me besides introducing a fun cast before Angsty the Ghost and Filler Guy took over the show. This season is more about the Gods themselves and what it takes to have that kind of status when imbued with mortal emotions and flawed ideologies. It also does what any good shonen ought to past the introductory phase by introducing higher stake conflicts, something I felt was sorely lacking in the 1st season. There are a couple of blemishes here, the downturn in production qualities in the most recent arc being one, the other being in how Bishamon’s arc wrapped up. It was a decent conclusion all things considered, but I felt the consequences weren’t quite there. Sure having a bunch of shinki whose names we don’t know die would mean a lot to someone like Bishamon, but not to the audience. A painful lesson for the characters ought to be painful for the fans too, which is why I felt keeping dudes like Kazuma alive hampered the arc’s impact a bit (Aiha getting off scot-free with just an apology was kind of silly too). Those issues aside, Noragami Aragoto did everything I wanted to see going forward from the 1st season rather well, and that includes giving us a new bitchin’ OP to match the 1st one with Kyouran Hey Kids!

Knights of Sidonia also got itself a 2nd season a yeesh was it a snore. Did anything happen this season that didn’t pertain to Tanikaze’s mini-harem? Whatever it did, it wasn’t nearly enough. Sidonia pretty did the opposite of what I wanted from Noragami’s sequel and doubled down on what held back the 1st season. Mecha was already genre on a life support before Iron-Blooded Orphans got people interested again, so I didn’t need to see crap like like Sidonia or Aldnoah.Zero smothering the poor fella with a pillow. Based on the manga, a 3rd (and definitely a final) season would never be able to pull the series past the doldrums of mediocrity, but we’ll cross that bridge when we get there. 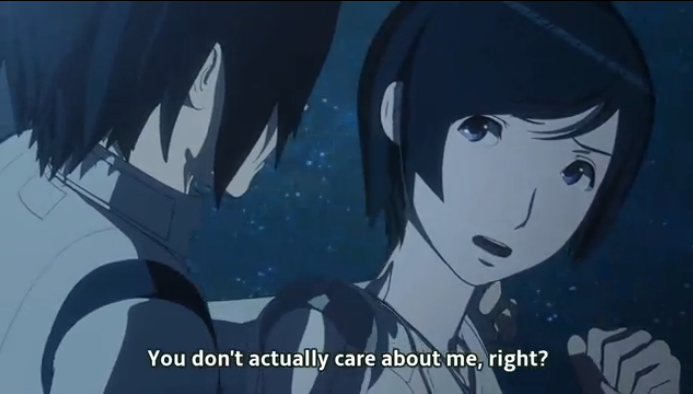 I included Teekyuu in the header image instead of Knights of Sidonia because Teekyuu is cool. Speaking of which, if you include the spin-off, we had full years worth of Teekyuu. Nice.

PS: No need to write anything on Aldnoah.Zero’s second season since I already gave it and the 1st enough of a drubbing in the above hyperlink. Durarara is something I want to give its own post so I didn’t want to share my thoughts on it here.